On Tour with Callan by Sybil Bartel (Uncompromising #5), my 4star review, and Giveaway.

Let’s start with my review here, and let’s start it with what Callan is not.

Callan is not an easy person. Okay, he grew up in a screwed up place, with screwed up people, but still his trouble ‘adjusting’ to life outside the compound are sometimes hard to forgive and forget. Mostly because he’s not really trying to adjust.

He is who he is, and he has no intention to change that. Unless it’s something involving Emily, his angel, as he calls her. For her, he tries to see things through this world he doesn’t know, nor understand. He’s a strange mixture of extreme respect and the worst kind of alpha male. Then he goes and does or say something that redeems him to Emily’s eyes, and to the Reader’s.

Emily is sweet, with some baggage on her own and a sister that I’d bash in the head more times than not.

And just when I thought I was going to read about Callan’s arch and see how he was going to adjust, if he did, and how Emily and her family were going to deal with him, the book switched on me and turned into this fantastic chase to save Emily.

I haven’t finished reading the story as of today, but for what I have up to now, is a 4 stars solid which I resent a bit, since I’m losing sleep on its pages… Just don’t expect to belly laugh, because you won’t.

There are more reviews and more about the author and the story in the other stops of the Tour, follow the link:
http://xpressobooktours.com/2018/01/23/tour-sign-up-callan-by-sybil-bartel/

The book I’m talking about is Callan by Sybil Bartel (Uncompromising #5)  in the Genres: Adult, Contemporary, Romance.

(If you want to know more about the Uncompromising Series and have a taste of Sybil’s voice, I hosted 2 other books and extracts: HERE #3 and HERE #4)

I was trained to be a hunter. Growing up in the nation’s most infamous, violent cult—my job was simple. Track. Kill. Survive.

And that’s what I did… until our leader threatened to kill his own daughter.

Refusing to watch another senseless murder, I did what I was trained to do. I took his life, claimed his land, and set every member free, including her. I only had one goal left. Find the sister I was told was dead.

But being a hunter in the woods is a far cry from tracking a woman in Miami Beach.
I didn’t find my sister.

I found someone else.

CALLAN is the fifth standalone book in the exciting Uncompromising Series! 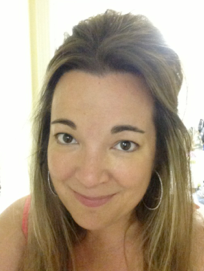 Sybil Bartel grew up in Northern California with her head in a book and her feet in the sand. She dreamt of becoming a painter but the heady scent of libraries with their shelves full of books drew her into the world of storytelling. She loves the New Adult genre, but any story about a love so desperately wrong and impossibly beautiful makes her swoon.
Sybil now resides in Southern Florida and while she doesn’t get to read as much as she likes, she still buries her toes in the sand. If she isn’t writing or fighting to contain the banana plantation in her backyard, you can find her spending time with her handsomely tattooed husband, her brilliantly practical son and a mischievous miniature boxer…

Here are ten things you probably really want to know about Sybil.

She grew up a faculty brat. She can swear like a sailor. She loves men in uniform. She hates being told what to do. She can do your taxes (but don’t ask). The Bird Market in Hong Kong freaks her out. Her favorite word is desperate…or dirty, or both—she can’t decide. She has a thing for muscle cars. But never reply on her for driving directions, ever. And she has a new book boyfriend every week—don’t tell her husband.