On tour with Murder on the Lake of Fire by Mikel J. Wilson and Giveaway.

you know sometimes I have books that are a bit different. Well, today is one of those days. When presented to me, I decided to host the story because I liked it, I’m always up for a good mystery to go along with my romance. And boy, wasn’t I right. Because merits of the Story aside, the guest post Mikel, the Author, wrote might just be one of the best pieces on living with a novelist I set my eyes on. (Plus, he comes from the Smokey, which I absolutely adore so much I will spend this Christmas Holidays there. Maybe I’ll get to meet him. OMG.) Judge by yourself.

Here’s what he said when I asked him how his family survives his writing.

I’ve said that line or variations of it countless times in my marriage. Like most authors, I write at home instead of an office, so I work under the same roof that my husband considers his non-work space. When it’s time for him to unwind and be with his family, it’s time for me to go into the other room and write. These overlapping boundaries can sometimes lead to annoyance, both of us wondering why the other doesn’t understand our needs.

Anyone who gets into a serious relationship with an author inevitably becomes a writer widow, spending their time alone while their partners are just a few feet away, separated by a wall. Authors need their alone time to write, plain and simple, but we sometimes get so wrapped up in the worlds we’re creating that we neglect the physical one around us. Family and friends starve for attention from us, while we feed our passion for writing an endless buffet of our time and energy.

How do we achieve a work-life balance that nourishes our relationships and our writing? After much trial and error, we’ve come up with a DUI approach: date night, understanding and involvement.

Date night can be a set time each week for dinner and a movie, but it doesn’t have to be. We do schedule unnegotiable time to be together, but we also have an agreement that when he’s starting to feel neglected he’ll let me know, at which point, I’ll put aside my work for the night and just be with him.

Understanding is important on both sides. He has to understand my passion for writing requires time away from him, and I have to understand that he didn’t marry a ghost. I have to be present for him.

Finally, and I honestly think this has been the most helpful, I encourage him to get involved in my writing. After all, it isn’t just for me; it’s for our future. While I want to keep my work a surprise until I’m ready for him to read it, I ask for input when I’m stuck without giving too much away – anything from character names to which reaction would be better. He also has been a great help in marketing the book, coming up with great ideas to reach an audience, handling merchandising and planning the book launch party. This book has truly been a journey we’ve taken together.

This is a Tour, so if you want more you can find Mikel and his Story here:   http://xpressobooktours.com/2017/09/13/tour-sign-up-murder-on-the-lake-of-fire-by-mikel-j-wilson/

Now, back to business and to Mikel’s story.

First of all, Murder on the Lake of Fire is the first in the Mourning Dove Mysteries, a just-released LGBTQ+, Mystery, Romance written by Mikel J. Wilson.

At twenty-three and with a notorious case under his belt, Emory Rome has already garnered fame as a talented special agent for the Tennessee Bureau of Investigation. His career is leapfrogging over his colleagues, but the jumping stops when he’s assigned a case he fought to avoid – to investigate an eerie murder in the Smoky Mountain hometown he had abandoned. This mysterious case of a dead teen ice-skater once destined for the pros is just the beginning. In a small town bursting with envious friends and foes, Rome’s own secrets lie just below the surface. The rush to find the murderer before he strikes again pits Rome against artful private investigator, Jeff Woodard. The PI is handsome and smart, seducing Rome and forcing him to confront childhood demons, but Woodard has secrets of his own. He might just be the killer Rome is seeking. 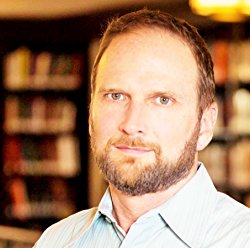 Mystery and science fiction author Mikel J. Wilson received widespread critical praise for his debut novel, Sedona: The Lost Vortex, a science fiction book based on the Northern Arizona town’s legends of energy vortexes and dimensional travel. Wilson now draws on his Southern roots for the Mourning Dove Mysteries, a series of novels featuring bizarre murders in the Smoky Mountains region of Tennessee.

Murder on the Lake of Fire, the first novel in the Mourning Dove Mysteries series, will be available December 1, 2017.