This one is going to hurt.

The the book is SOUP The Future Is Past and Present by Travis Haugen, an Adventure/Mystery.

Scott Yonge exploded onto the national consciousness at the 2001 Garrett Awards and quickly rose to legendary status on the wings of his music and his whirlwind romance with independent film actress Michelle Zoe. What should have been a perfect life was interrupted by an ultra-right wing militant group called the American Freedom Force and its leader, Colonel Randall, who forces Scott to choose between his life and that of his son. After his heroic sacrifice, his family is left to pick up the pieces and forge ahead to a future in the vacuum he left behind.

Now, in 2021, his son Hedley inherits music for himself, becoming a star in his own right as technology gives new life to the medium. Scott’s daughter, affectionately known as Soup, throws herself into unravelling the mysteries of her family’s history. Michelle commits herself to keeping them all together and trying to make sense of life without the one she loves. Through it all, the AFF looms in the shadows, threatening to resurrect the pain they have just begun to overcome.

“I wish Brian could have come with us,” Carolyn says. “Mom, how could this be? How could we have not known about the interconnections all these years?”

“We were not supposed to know,” Margret says. “The links run long and deep, too deep for coincidence. It’s beyond me, but we’re learning what we need to know when we need to know it.”

“But why St. Louis?” Marki asks. “What brings us all together on this day in this living room?”

“I believe I have the answer,” June says. “It pains me to tell my story, but I understand now that it needs to be told.

“I grew up in Kansas City, in a house not far from the Petersons’. I’ve known Duke and Harold all my life. We went to school together, played together. Harold was the younger, a most serious young man, but I could always make him laugh. Maybe that’s why he married me. Duke was quite the opposite, more my type in many ways. He had a wild streak, what we used to call a free spirit. They were both too young to fight, but Harold felt he was part of the war while Duke despised everything about it. Harold loved Duke, but they never quite saw eye to eye on anything. Everything, all the kind things you said about Duke, are true. Take it from me, I know, I dated Duke back around 1952, long before I married Harold, God bless his soul.

“I loved Duke, but I was eighteen and impatient. He had the wanderlust. He joined up with the carnivals when times were tight, and I hardly saw him. I ended it before we got started really, and he settled in Canada a few years later. I moved to St. Louis chasing work, that’s when I again crossed trails with Harold, back in ’62. Duke was out in 1964 for the wedding; that was the last I saw of him. Harold and Duke came to blows over something and Duke just disappeared from our life. That’s a shame. His influence might have changed things for our Hughie, but who can say for sure.

“Hugh was born in 1968. I was getting on in years, so we thought we’d best do it while we still could. He was an only child, so naturally, we spoiled him. If I could go back and do things over, I would, but that’s not the way of the world is it? I’m so sorry about what happened to you, Hedley, that awful business with Robert Carlson—Colonel Randall to most of the world. You and your sister lost your father. Your mother lost her husband. I don’t know if I could have changed any of that, but I would have tried if I’d known how. You see . . . Hughie was AFF.”

The room goes cold at the words, a light gasp involuntarily escaping Michelle’s lips as she fights for air.

“Let me get this straight,” Michelle says. “You’re saying your son, essentially related to us, was involved in that mess?” She tries to suppress her fury “Hughie was a good boy for most of his life,” June says. “But he never quite found himself, never quite figured himself out. I was ecstatic when he was offered a high paying job with E-Lok. Finally, he would settle down and get his life together. But that man, Robert Carlson, he fed on people like my Hughie, people unsure of themselves, directionless people ripe for the plucking. How could I have known? How could any of us have known?” She breaks down then, sobbing uncontrollably as the others look on.

Michelle walks to her, crouching down to her level in the wraparound arm chair. She hands the elderly lady some tissues from a small box sitting idly on a nearby end table. “You are as much a victim of the AFF as the rest of us in this room,” Michelle says. “I have no idea the level of involvement your son had in the scheme of things, nor do I wish to know. But the knowledge would change nothing. I have no misgivings towards you. You’re one of us, not one of them.”

Travis was born and raised in the prairies of Saskatchewan, lived in Calgary for over 25 years and presently lives in Winnipeg, Manitoba.

Travis Haugen has spent forty years of his life touring on the road as a musician and has spent hundreds of hours in recording studios. Travis spends much of his time writing songs, writing stories, playing music and spending valuable time with his family and close group of friends.

Travis came by to tell us more about his story.

The book is a story of the second generation of the Yonge family, struggling to find themselves while searching for answers to their musical fathers’ death.  Set in the near future, the year 2021, the political unrest of the times lead Soup and Hedley directly into the path of the people who caused their fathers’ demise.

Beyond the story, the interactivity of the prose with the music on the website adds a new dimension to the plot.  The music is not meant for background chatter.  The lyrics and the music are part of the plot itself.

The music is the inspiration for SOUP and the entire series.  I spent most of my life on the road as a professional musician touring Canada and the United States.  I wanted to bring people right on stage with me, so they could feel what it is like to be on stage, or in a recording studio watching a song materialize out of thin air, or be present at the birth of a song when the song is being written.

Through the fictional character of musician Scott Yonge, and his family, we tell a tale of adventure, mystery, family drama, intrigue, romance, and a touch of comedy.  Music is the inspiration, but the book is so much more than just a musical tale.

For more about the book or the author follow the Tour. You can find the schedule here: https://goddessfishpromotions.blogspot.com/2019/03/vbt-soup-future-is-past-and-present-by.html 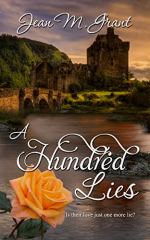