On Tour with Of Light and Darke by M.L. Ruscsak

Me, having issues with the covers is neither here nor there. What is important here is that the story is so encompassing, so structured, and so great it makes you want to forget about the covers. Also, you’ll see this story in the Theatres soon–because is that good.

The series is Of Light and Darke by M.L. Ruscsak, an Epic Fantasy. 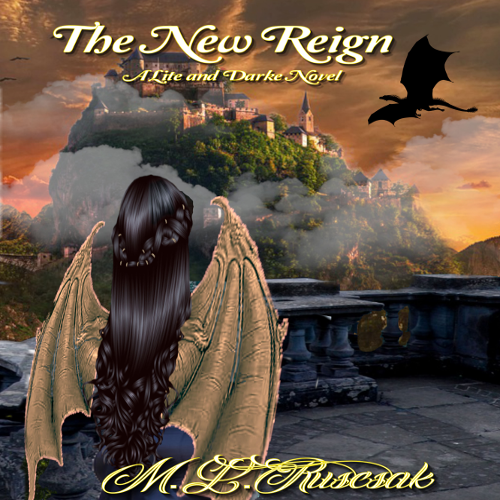 The New Reign ~ Of Light and Darke Book 1

Read It before you see It. Coming soon to Cinema!!!

Eighteen years ago, Princess Nisha became an orphan just days after her birth. Her parents and all of those with Fey blood are all gone – consumed by a fire that none had been able to stop. Or at least this is what is told, this is what is spoken aloud. Truth? Perhaps.

But these are words Nisha has never trusted, couldn’t trust since they have never sounded quite right. Yet, not even her beloved aunt ever believed her when she questioned the events of that night.

No one believed her when she had turned thirteen and she became the queen of the Under Kingdom. They didn’t trust her when her powers and natural abilities began to grow to frightening results. That was fine if they didn’t want to believe her then – once she was home and crowned Queen of Darke, then she would show them. Once she was Queen then she would find every answer that she had ever wanted.

For she is Nisha and she is the daughter of the darkness. 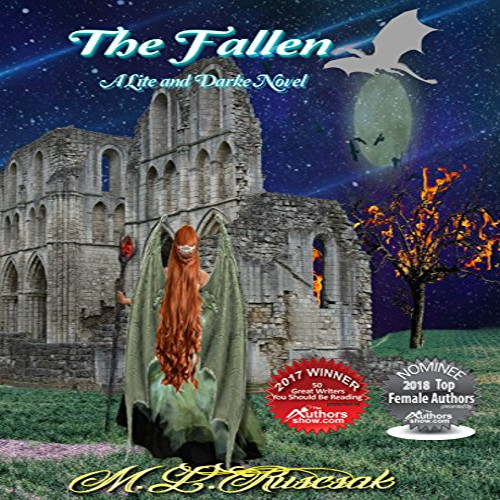 The Fallen ~ Of Lite and Darke Book 2

Read It before you see It. Coming soon to Cinema!!!

You know what has come to be but do you know where it began?

Before Nisha. Before Adrianna. Before the countries even had names, there were the Star Cities. Ruled each in their own way… all answering to one.

Primitiva was born the second daughter of the royal house of Lunaista. She was born for greatness. Born to be the first as her name suggested. If she stayed on her safe little star she would either die without ever knowing her true potential or be forced into marriage. Neither appealed to her.

A vision told her the truth. Death would come for her if she stayed. Leaving her only child under the cover of darkness she did the unthinkable and dove into the abyss. Somewhere out here was her destiny. Somewhere she would find a way to help her sister survive.

Somehow the child that she saw in her vision would be born. That child would one day rule both Pallas and unify the Star Cities. She just had to make sure the bloodlines for that that birth would come forth- even if it meant turning her back on all that she had ever known.

Secrets, Lies and Betrayal ~ Of Lite and Darke Book 3

Read It before you see It. Coming soon to Cinema!!

In the world of Lite and Darke reader be warned: not all is as it seems. What is truth and what is lies? That is for you to decide.
In this collection of four short stories travel back in time and find out how Vasilissa became Queen.
Find out the truth about how Myrddin came to be betrothed to Adrianna.
Think you know why Larna killed her family? Find out if you are right.
And see if you can figure out how much Nisha really knew about her parents before becoming the queen of Darke
These questions and more are answered in this installment of the Lite and Darke Series. 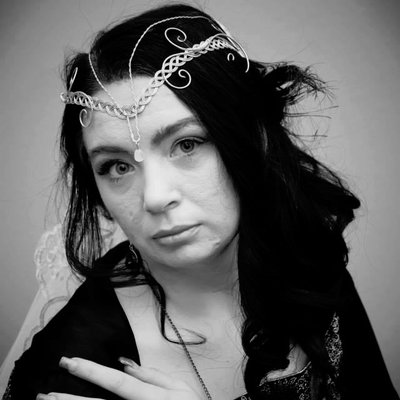 *A word from Melisa*

This book is rough around the edges, choppy in areas and at times I swear it looks more like the ramblings of a child. I swear to you my readers that this is all intentional. Why write something that has a clear storyline. I mean really every successful author does it.

Sorry dry humor. But really. I didn’t want to write something as book one for you to figure out the workings of the story, have a thought about what’s going to happen next. Or even predict the ending. I have so many books that I cherish that almost from the first book I know who the hero is. Who is going to fall in love with who, and know there is a happy ever after.

This is not my series.  It may seem like that. You may even fall in love with one person in the book. Or you may say, naw… I know what’s going to happen. I promise you that if you don’t read all of the books you will miss something. Right now I only have the first one published, the second will be out soon. But you will need the third and fourth books to understand everything.

So start now. You do not want to left behind when the series ends.

And a little spoiler after the 4th book I could come out with another series related to this one. But the cliffhanger is a doozy.

Born In 1982, a native to Lorain Ohio, Melisa grew up living with her grandparents Frances and James Lasure. She attended Clearview High School as well as Lorain County J.V.S. While in J.V.S she attended the Culinary Arts program graduating in 2001.

In 2011 near tragedy struck as Melisa’s health began to decline. By summer of 2011 she would need to use a cane to get around. Suffering a stroke, she required a craniotomy where she suffered her second stroke. Leaving her with a partial impairment of her speech, and weakness on her right side.  After surgery, she would need to learn not only to walk again, but speak as well as recognize the alphabet.

In 2003 she welcomed the addition of her daughter Chyenne. Who inspired her to start to put her dreams to paper. A story she wrote after her daughter’s birth, although not published, became the stepping stone to everything else she would eventually write.

A year later she would begin to write “Of Lite and Darke” Dreaming to see this work through to publishing, even if she would need to publish it herself.

In 2016, she would see her dream come true. With her daughter as her editor “Of Lite and Darke” was born.