You for Christmas by Valerie Ullmer #christmasatvivis

Another Christmas story, and another Author’s tradition!

The book is You for Christmas by Valerie Ullmer, a Contemporary M/M Romance.

Hiding his feelings for his best friend has become second nature to Parker Hunt.  Throughout his years of friendship with Jonah Lee, he’d hoped for more, but he’d never been able to tell Jonah how he felt or what he wanted.  When Jonah’s plans fall through for holiday break, Parker is determined to spend their last Christmas together and this time, be brave enough to tell Jonah exactly how he feels.

Jonah Lee has always been in awe of his friend, Parker.  His energy, enthusiasm, and honesty had drawn Jonah to him from the first time they met. And while he’s always been an open book with Jonah, lately, Parker had been holding something back.  On top of that, Jonah has realized that his feelings for Parker has grown and for the first time in his life, he’s curious about what Parker’s lips would feel like under his and what his definite male body would feel against his.

Will the holidays bring everything both men want, or will they let this opportunity pass them by?

Parker kept quiet, his body vibrating from Jonah’s voice and the assertive nature he rarely showed.  He’d managed to make Parker’s knees weak whenever he did.  Parker tried to breathe as desire for Jonah overwhelmed his senses, but he gave up a moment later when Jonah pulled him through the door of their cabin and slammed it behind them.  The click of the lock loud in the dark, quiet room.

Parker had no idea what to say. Jonah pressed him against the solid door behind him, pressing their chest together as Jonah’s hands opened over and then tightened on Parker’s waist, holding him still.

Not expecting those words and the impact they had on his body, Parker whimpered.  “Yes.”

Parker watched as he caught the desire as it flared in Jonah’s eyes.  A split second later, Jonah slanted his mouth and pressed their lips together and Parker had never felt such a feeling in his life.

Parker let their first kiss consume him, loving the feel of Jonah’s soft lips against his.  When Jonah’s tongue swept inside, he tasted the mint and Jonah and Parker felt his legs go weak.  He ignored everything but the sensations Jonah drew from him, and he opened his mouth wider, letting Jonah devour him.

Parker’s arms banded against Jonah’s lower back when Jonah pulled back slightly, nibbling on his lips but not moving away.  Jonah pressed their foreheads together and breathed heavily for several long minutes as they stared into each other’s eyes.  There was nothing Parker could say at that moment.  It was everything he dreamed it could be, but he had no idea what it meant to Jonah.

Jonah’s voice was deeper than Parker had ever heard it, but his words registered and he stiffened.  Jonah regretted kissing Parker.  There was nothing worse than having reality come crashing down. Searing pain slashed through Parker’s chest and he tried to untangle himself and his hold on Jonah.

“No, Parker, I don’t regret the kiss.  I’m sorry that I couldn’t tell you sooner.  I want you, Parker, but it’s more than that.  I want to share everything with you, I want a relationship with you.” 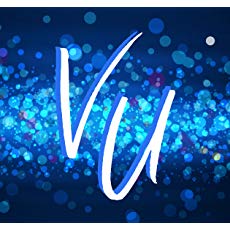 Chatting with the AUTHOR

Here’s what christmas is to her.

My favorite time of year is fall and although my favorite holiday is Halloween, I can’t deny that I love the Christmas season as well.  It’s not for the gifts or the holiday cards that come in the mail (my family is old fashioned and they like to display Christmas cards on the mantle), but the sense that people are nicer to one another and care about their fellow man more than they do any other time of year.  We can come together and enjoy the lights, the decorations, Christmas trees, a sense of excitement the season can bring.

During the holidays, people slow down, make plans with their family and friends, and generally run at a slower pace than any other time of the year.  My family like to take time to drive around and visit different neighborhoods to see the decorations and lights on houses, we go to Christmas parades and sip on hot chocolate or apple cider as the floats go by, and this year, we plan to go to the Botanical Gardens for their light displays that are changed every year and we took time out to watch as the Capitol building switched on their holiday lights, a million lights beautifully displayed around the structure.

Little things like a simple parade or a light display reminds us all that we are all in this life together and something as small as smiling at a stranger as you enjoy the festivities together is a simple gesture that makes the world a better place.

Stay in touch with Valerie here: