Don’t believe to what the cover tells you. At least, don’t think that’s the whole story because this is a Christmas book!

The Attraction Equation by Kadie Scott (Love Undercover #2) is an Adult, Comedy, Romance.

She’s the exception to his every rule…

FBI agent Max Carter lives his life by a strict set of rules—rules that don’t allow for distraction, deviation…or a relationship. But tell that to his matchmaking mama. To avoid yet another set-up, he announces he has a girlfriend. And now has to produce said girlfriend at Christmas dinner. Maybe Santa has a suitable actress in that red bag of his…

Gina Castillo is about to break her building’s iron-clad “no pets” policy to give her little brother the perfect Christmas gift—a dog. Too bad Max, the most inconveniently sexy tenant in the building, catches her red handed. Gina expects to be evicted, but instead finds herself blackmailed into playing the role of his girlfriend.

Two lies plus one dog should equal a hot mess of a holiday, but attraction and Christmas magic might just defy the rules…

But then…footsteps. Headed her way. She hopped away from the door and looked frantically around the room. Nope, still nowhere to hide.

Only one day of breaking the building’s No Petsrule and now she was going to have to find her best friend another place to live.

Her heart decided it wanted out of this hot mess and went for the escape hatch up her throat, but lodged there as the door opened.

They stared at each other for a long moment before she leaned to the side to peer around him. No Super lurking in the halls. No nosy neighbors. No animal control person threatening to take away the dog. They were alone.

Gina did her best to swallow her heart back into its rightful place in her chest as she stared at him. “What does that mean?”

His mouth tilted at one corner. “I didn’t dump their bodies in the river, if that’s what you’re thinking.”

Ha. Ha. Now the man was a comedian. She waited for a real answer.

Max shrugged. “I told them I tripped and fell, then I sent them on their way.”

The guy had been in the middle of yelling at her, or his silently fuming version of it. Why on earth would he cover for her?

For the second time that night, she got the distinct impression he was trying not to smile, despite how his expression didn’t change at all, other than a sardonically lifted eyebrow. Her expression must’ve reflected the combination of incredulity, relief, and suspicion that was going on inside her.

Gina squeezed the dog close to her chest, stroking its soft fur for comfort. “Thank you,” she acknowledged belatedly.

“Your secret is safe with me…for now.”

Damn. She should’ve known her head was still on the chopping block. “What do you mean, for now?”

“I took care of it, but if you want me to keep taking care of it, I need something from you.”

Max crossed his arms, and she swallowed at the sight of defined muscles under the fine material of his shirt. “I don’t want sex.”

She stopped scooting back and eyed him, trying to determine how serious he was. “No?”

Max slammed her with a charming smile, one that softened the harsher lines of his face and had her stomach fluttering in response. However, like in the hall earlier, his blue-eyed gaze remained distant, and she didn’t quite trust that I-have-my-own-agendalight in his eyes. 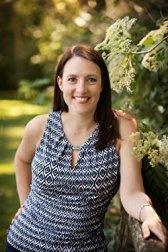 AUTHOR BIO:
Award-winning contemporary romance author, Kadie Scott, grew up consuming books and exploring the world through her writing. She attempted to find a practical career related to her favorite pastime by earning a degree in English Rhetoric (Technical Writing). However, she swiftly discovered that writing without imagination is not nearly as fun as writing with it.

No matter the genre, she loves to write witty, feisty heroines, sexy heroes who deserve them, and a cast of lovable characters to surround them (and maybe get their own stories). She currently resides in Austin, Texas, with her own personal hero, her husband, and their two children, who are growing up way too fast.

All Those Miles I Walked ~ Currently under re-editing