Uh, this is good! I love in-between realms, and all the shadows in between.

The book is Paralucidity by Stephen H. Provost, a Fantasy, New Adult, Romance.

Somebody wanted Minerva Rus dead. They succeeded. But Minerva isn’t letting a little thing like death stop her.

After the dangerous adventure that killed her in Memortality, Minerva Rus has reconciled herself to being dead. She and her also-dead boyfriend Raven share an amazing gift that allows them to bring the dead back to life―including each other. Now that Jules, their most dangerous enemy, has been banished from reality and trapped inside her own mind, Minerva and Raven plan on enjoying the eternity of their unnatural lives.

But immortality isn’t safe. Minerva and Raven’s life-giving powers mysteriously fade, forcing them to take refuge in The Between, a shadowy realm of memories that lies between life and death. What’s more, their old adversary Jules is on the loose, partnered with a resurrected Nazi scientist planning a monstrous experiment that will change the destiny of the human race. And now it’s up to a 21-year-old dead girl to save the world―again. 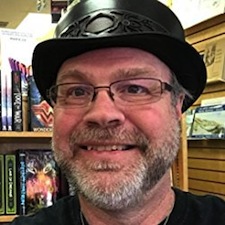 Stephen H. Provost is a veteran editor, reporter and columnists with more than 30 years of experience at daily newspapers in California. He’s currently the managing editor of The Cambrian on the Central Coast, as well as a columnist and assistant city editor for The Tribune in San Luis Obispo.
As an author, he has written historical nonfiction (“Fresno Growing Up” and “Highway 99: The History of California’s Main Street”), novels (“Memortality” and “Identity Break”), while also exploring the realms of mythology, fable and ancient history.
Author links:
http://www.stephenhprovost.com/
https://www.goodreads.com/author/show/14158636.Stephen_H_Provost
https://www.facebook.com/sprowriter
https://twitter.com/sprowriter