Despite being set in the Old West, this book touches many current topics from a viewpoint I’m not used to reading so I look forward to it. What drew me to it though, I have to admit, is the Author (but seriously, how good is that cover???). Not only she manages to put together books of very different genres, but she gives such a peaceful, graceful vibe I wish she lived two doors down from mine, so I could go and talk to her. Also, she’s kind of odd, because she’s a minister and writes Erotica. Now, do you realize how well adjusted within yourself, and honest, and how much brain you have to have to put the two together and live them as unity? To understand that Faith, Religion, and Great Sex are NOT mutually exclusive? The closer to her I can get is through her story so yeah, it’s on my Kindle.

Better To Marry Than to Burn by Michal Scott is out today in the Erotica Genre.

A bridal lottery seems the height of foolishness to ex-slave Caesar King, but his refusal to participate in the town council’s scheme places him in a bind. He has to get married to avoid paying a high residence fine or leave the Texas territory. After losing his wife in childbirth, Caesar isn’t ready for romance. A woman looking for a fresh start without any emotional strings is what he needs.

Queen Esther Payne, a freeborn black from Philadelphia, has been threatened by her family for her forward-thinking, independent ways. Her family insists she marry. Her escape comes in the form of an ad. If she must marry, it will be on her terms. But her first meeting with the sinfully hot farmer proves an exciting tussle of wills that stirs her physically, intellectually, and emotionally.

In the battle of sexual one-upmanship that ensues, both Caesar and Queen discover surrender can be as fulfilling as triumph.

And here’s the talk I had the pleasure to have with Michal.

Hi, Michal, and thank you so much for being here with us today. How did you come up with the idea for your book?

The idea for this book sprung from two sources. The first was a chapter in William Lorenz Katz’s book Black Women of the Old West in which married women convinced the unmarried men in their towns to stop fighting over prostitutes and settle down. The second was my love for the sexual tension and sparring between Beatrice and Benedict in Shakespeare’s Much Ado About Nothing. Better To Marry Than Burn was born by turning them into a proud ex-slave and his snooty freeborn mail-order bride and transporting them to a Black town of the Old West.

What sort of research did you do to write this book?

I read up on where and when African-Americans had settled on the frontier. How their lives mirrored or differed from others settling in the West. I also had to research birth control methods in the 1800’s. Women were pretty clever back then not only in preventing pregnancy but finding ways to climax.

What is the main thing you want readers to take away from your book?

That the issue of class difference among African Americans is an old one, one the African-American communities still struggle with today, but one I believe love can ultimately conquer.

A fun fact about writing your book.

What are you working on now?

I’m revising an inspirational historical entitled A Pearl of Great Price.  Again my hero is an ex-slave and my heroine a freeborn mail-order bride. The obstacles in the way of their HEA are internalized oppression around skin color (the heroine is light enough to pass for White) and the hero’s antipathy toward the heroine’s Christian faith. He believes he could never marry anyone who practices the religion that justified his enslavement.

Do you have a day job?

I’m a recently retired minister who now does what’s called intentional interim ministry. It’s like being a long-term substitute teacher. I’m the minister they call to help a church get ready for a permanent minister, especially if there are mistakes they don’t want to repeat.

What started you on the path to writing?

I’d always written, even as a child, but it was a suggestion from my mother-in-law in 2003 that turned me on to writing seriously. I used to write X-files fan fiction. She asked me why I didn’t write about my own characters rather than giving time and energy to someone else’s. It triggered my memory of how I used to write fiction. After listening to a segment of This American Life on RWA, I decided to join and begin writing again.

Has your environment or upbringing colored your writing?

Most definitely. I’m a naïve New Yorker who grew up working class in a Brooklyn housing project. Being gifted in art I was sent to a special public school and so became aware how being singled for special attention could also instill a sense of superiority. In my stories I try to work on issues of self-esteem and the need for all of us to see that we are equal in God’s eyes.

Do you outline books ahead of time or are you more of a by-the-seat-of-your-pants writer?

I start with a “What if” idea and free write a scene to get me started. After that I’m an outlining plotter on steroids. I’ve been fortunate to have taken some great courses with Mary Buckham. Her writing templates are my best resource in crafting my stories.

What has been one of your most rewarding experiences as an author?

One of the most rewarding experiences I’ve had has been helping other writers who are just beginning. I remember those doubts and fears (still get them) and am grateful for the way other authors mentored and encouraged me.

I have so many favorites and which I think is best depends on my mood. But having to pick one, I’d choose George and Ira Gershwin’s I’ve Got A Crush On You. It’s a sweet and simple, yet deeply touching description of being surprised by love.

What turns you on?

What turns you off?

Music. I don’t know what the science behind the harmonics of music is, but music has always enabled my creativity to flow. In junior high school we had to write an autobiography. Mine was entitled Autobiography at 33 rpm because I wrote it listening to a classical music LP.

First thought when the alarm goes off in the in the morning?

Thank you, God for another day.

Thank you, Michal, for this interview!

I’m a native New Yorker, child of the sixties. History is an old passion of mine. Romance a recent one. The opportunity to combine the two came in the 2016 publication of my novella, One Breath Away. Now my second, Better To Marry Than To Burn has solidified the union. I’ve been published since 2008 and belong to the in 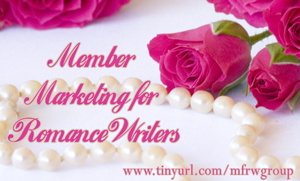