Shadow of the Swan by Judith Sterling and Giveaway

I love the title of this book! And the excerpt added the On my Kindle Right Now status.  Shadow of the Swan by Judith Sterling (The Novels of Ravenwood #3) is an historical, Romance just released.

But before going into the book’s details, Judith will share with us how The Novels of Ravenwood came to be, and it’s the sweetest thing.

Of Hope and Healing.

My parents have been happily married for 51 years.  In their honor, I’d like to tell you about a curious experience we shared in Wales when I was twenty-eight.  Six months before, I developed pleural bruising of the chest wall, which turned breathing into an exercise in torture.  Even after I recovered, I wasn’t up to par.  Trifling colds became bronchitis overnight.

During the flight overseas, I caught another cold.  Two days later, my voice dropped nearly an octave, and my chest burned with the slightest cough.  Not to be outdone, my dad hurt his right knee just before the trip, and after two days of climbing castle stairs, it wasn’t happy.  Clearly, our vacation had begun on a poor note.

The night we settled into our Pembrokeshire bed-and-breakfast, he and I fell into deep sleeps.  My mom, however, did not.  She fretted about my health and feared my lungs would never recover from the effects of pleural bruising.  All night, she lay awake praying for my healing, and ultimately, my life.

Unaware of her long vigil, I woke the following morning to an image—a mere flash—of her as a nun in another life, kneeling on a cold stone floor with hands folded in prayer.  Perplexed, I brushed the vision aside and hacked my way to the bathroom.

Even as we set out for St. David’s Cathedral, Dad and I remained ignorant of Mom’s fervent prayers.  But I was quite aware we approached a sacred site of pilgrimage and miraculous healings—in pagan times and in Christian—and a purported intersection of ley lines.

Once inside the cathedral, Dad went off to explore on his own.  Mom and I remained in the nave, but I veered a few yards away from her and gazed up at what seemed a massive time machine to the High Middle Ages.  The Transitional Norman architecture was a masterwork of carving with its great, rounded arches and intricate, wooden ceiling.

All at once, heat poured through me.  My flesh tingled.  The next instant, I felt as if something pulled me downward and rooted me to the spot where I stood.  I remained upright, but the bizarre suction held me fast.

Mom hastened toward me.  “Jude, are you all right?  You look faint.”

Suddenly, I could move again.  I found the nearest pew and dropped onto it.  Little by little, normality returned, but I couldn’t shake the feeling something powerful had occurred.

When we met up with Dad, he mentioned an odd sensation of heat in his right knee.  By that evening, both of us felt remarkably better.  The next morning, I was completely well, and my lungs have functioned beautifully ever since.

At one time or another, all of us need healing.  Often, it goes deeper than the physical.  My characters in The Novels of Ravenwood need it too, whether they’re a tortured warrior (Lord Ravenwood in Book One), a haunted sorcerer (Lord Nihtscua in Book Two), or the would-be nun with a secret, Lady Constance in Shadow of the Swan (Book Three).

If I could have one superpower, it would be the ability to heal anyone, anywhere of whatever ails him/her.  I hope in some small way my books do that.  I can’t lessen readers’ pain, but maybe I can lighten their load, show them they’re not alone, and give them an alternate reality into which they can escape…if only for a while.

Lady Constance de Bret was determined to be a nun, until shadows from the past eclipsed her present. Marriage is the safest option, but she insists on a spiritual union, in which physical intimacy is forbidden. Not so easy with a bridegroom who wields unparalleled charm! But a long-buried secret could taint his affection and cloak her in shadow forever.

Back from the Crusades, Sir Robert le Donjon craves a home of his own and children to inherit it. From the moment he meets Constance, he feels a mysterious bond between them. When she’s threatened, he vows to protect her and agrees to the spiritual marriage, with the hope of one day persuading her to enjoy a “real” one. She captivates him but opens old wounds and challenges everything he thought he believed.

Two souls in need of healing. Two hearts destined to beat as one.

Robert turned to Constance but said nothing.

After a moment, she met his gaze. “Why do you stare at me?”

He grinned. “On the morrow, I want to show you something.”

Her eyes narrowed. “Why won’t you tell me?”

“Neither do I, on the whole. But you’ll like this one.” He reached toward his belt.

She stepped back. “What are you doing?”

“Undressing.” He set his belt on the table.

Her stomach dropped. “Why?”

“Aren’t you the suspicious one?” He pulled off his boots. “’Tis customary to doff one’s clothes at bedtime.”

She whirled around, turning her back on him. “I slept fully clothed at the nunnery.” She stared hard at the stone wall.

“I hate to state the obvious, but this isn’t a nunnery.”

Heat flooded her cheeks and forehead. “Is that necessary?”

“I could wear my breeches.”

“On one condition.” His tone was loaded with meaning beyond her grasp.

What condition? What does he want from me?

She turned to face him. Apart from his calf-length breeches, he was nude. Her gaze locked onto his chest.

Sculpted by combat. Scarred by war. Covered with black hair.

“Any objection?” His voice was soft, deep.

She forced her gaze to his eyes. They looked darker now. Was it a trick of the light?

He’s waiting for an answer. Say something! “No.”

“How did you undress so fast?”

“The battlefield teaches one to do everything fast.” His eyes sparkled. “Well, not everything.”

Did her heart still beat? She couldn’t tell. His tone was so suggestive.

Her hands flew to her cheeks. “And whose fault is that?”

He gave her a rueful smile. “Mine. But if we’re to be friends, I have to speak honestly.”

“About all matters. Can you live with that?”

She hesitated, then gave him a nod. “I can. And in that vein, what is the condition you proposed?”

“Right. If I’m to smother myself with added linen—”

He cocked an eyebrow. “So say you. But if I do that, you must sleep in your chemise only.”

Her jaw dropped. Then she frowned. “Why?”

“For the sake of comfort.”

He looked down, and his fingers seized the tie to his breeches. “Fine. If you’d rather I drop my—”

“Stop!” She grumbled. “Very well. I’ll sleep in my chemise.”

“Do you prefer one side of the bed to the other?”

She shrugged. “It matters not.”

“Then I lay claim to the left.”

As soon as the bed creaked beneath his weight, she removed her headdress. Then she disrobed as quickly as she could and scurried to the bed.

“Why such haste?” he asked as she slid beneath the covers.

“Mine are warm. You’re welcome to—” 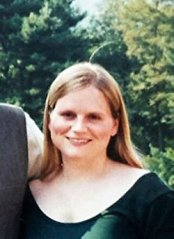 Judith Sterling’s love of history and passion for the paranormal infuse everything she writes. Flight of the Raven, Soul of the Wolf, and Shadow of the Swan are part of her medieval romance series, The Novels of Ravenwood. The Cauldron Stirred is the first book in her YA paranormal fantasy series, Guardians of Erin. Written under Judith Marshall, her nonfiction books–My Conversations with Angels and Past Lives, Present Stories–have been translated into multiple languages. She has an MA in linguistics and a BA in history, with a minor in British Studies. Born in that sauna called Florida, she craved cooler climes, and once the travel bug bit, she lived in England, Scotland, Sweden, Wisconsin, Virginia, and on the island of Nantucket. She currently lives in Salem, Massachusetts with her husband and their identical twin sons.
Author links:
https://judithmarshallauthor.com/
https://www.facebook.com/judithsterlingfiction/
https://www.goodreads.com/author/show/16291161.Judith_Sterling
GIVEAWAY
Blitz-wide giveaway (INTL)
Link: http://www.rafflecopter.com/rafl/display/d04251232270/